You are here: Home / About Us / OxFSN People / Trustees 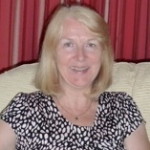 I have worked to support children and adults with learning disability, and their families for over 35 years. During all of that time I have passionately believed in the rights of the person using the support, and the knowledge and expertise of the family as those who know the individual best.I have worked at local, regional and national levels during my career. Starting as a student nurse and specialising in the support of people with complex disabilities. For the last 15 years of my career I was Chief Executive of Oxfordshire Learning Disability NHS Trust, leading the development of that organisation’s delivery of integrated health and social care. This included the development of supported living and person-centred support for individuals, and specialist health services for people with the most complex needs. I have contributed to government policy within health and social care, and was an external advisor to the Healthcare Commission in the investigations into services both in Cornwall and later Sutton and Merton.

Having retired from the NHS, I now work part-time as an independent consultant and volunteer for a small number of organisations all of whom are user led. 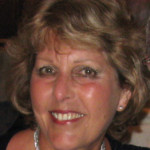 The youngest of my three adult children, Gemma, has profound and complex learning difficulties. Over the years I have had many struggles on behalf of Gemma including a Judicial Review against the Local Education Authority, a Special Educational Needs Tribunal and various challenges involving Health and Social Care.

I was directly involved in supporting my daughter and another young lady to live independently in their own home. Using person centred planning and direct payments to employ a care organisation, we accomplished a successful supported living arrangement. I was also co-founder of a small charity which successfully sought to secure further education for young people with profound learning disabilities in West Oxfordshire.

I have worked as a consultant for Paradigm, a national organisation in the field of learning difficulties and now sit on the local Learning Disability Partnership Board and on the Joint Management Group. My passion is to share knowledge and experience in the hope of helping families get better lives for their sons and daughters. 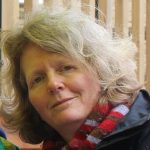 I have three children and my oldest, Imogen has severe learning disabilities and autism.  As a baby and toddler, Imogen had to have lots of tests and assessments.  She started off in mainstream school but it was quickly clear that she needed the more specialised environment of a special school, where she thrived. Imogen is now 20, living at home and going to college during the day.  Just like her siblings, she loves to be out and about doing things, especially swimming.

Being the parent of a child with special needs can feel very overwhelming and I quickly realised how important it is to understand the system and how it works.  I was a governor at Imogen’s special school for 8 years, and Chair of Governors for some of that time.  I learnt a huge amount from that and also enjoyed being able to ‘give something back’  I have found OxFSN an invaluable support as Imogen has moved in to the complicated world of adult services.  The organisation has really helped me make sure that Imogen has the support to do the things she enjoys and get out and about with her friends.

Mena and her husband Clive have three children, of whom the youngest, Jamie, has learning and physical difficulties as well as a medical condition. Jamie has needed extra care since birth, and Mena has worked hard to get the right provision for Jamie from Education, Health and Social Services. She is proud of what Jamie has been able to achieve. Getting the right support for Jamie has been a struggle for her, as it is for so many parents. She does not believe it should have to be a struggle. She has found that knowledge is power, and knowing how the process works is a key issue in getting the right provision.

Mena looks forward to the time when Jamie is able to live more independently in some sort of supported living. Through helping Jamie draw up a person-centred plan, Mena learned that he wanted to go to college just like his older brother and sister. Why not? thought Mena, and she is now working through the process of getting Jamie a place at a residential specialist college. Mena is also a parent governor at Iffley Mead special school, a trustee of Oxford Mencap, and is on the board of the Children’s Integrated Therapies Reference Group.Mena and Clive helped found a house of hospitality in East Oxford called St Francis House in 1993, which is a home to asylum seekers. Mena is part of a community which strives to create a more just world and her faith is important to her.

I have two children, and the youngest, Sebastian, has an acquired brain injury following an accident as a baby. Sebastian has always been in mainstream education with a lot of support and is now starting the transition to post-16 – a whole new world! I became involved with OxFSN in order to learn more about how adult services work and have been inspired by the expertise and experience amongst my fellow Trustees. I am particularly interested in post-16 education and feel strongly that a learning disability should not limit a young person’s aspirations and choices. I am a parent representative on several OCC groups concerned with SEN and disability.

I was pleased to take part in the recent OxFSN Family Champions Course with other family carers – lots of valuable information and a great new network.

Inspiring, informing and involving families of people with learning … END_OF_DOCUMENT_TOKEN_TO_BE_REPLACED